Pesky Scammers at it Again in Our Area!

And across the state…. 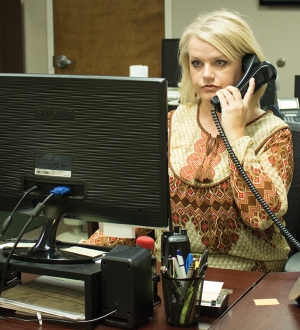 Those pesky scammers are at it again in our area! WFEC recently received a call from a member reporting that they received a call from “Gulf Electric” who was calling to verify that he received notice that his meter was being changed out and they were making sure someone would be home to let them in. The member reported that the caller had his address and phone number, but could not verify how his account was listed. Once this member hung up, he called the number back and it was answered, “Magic Jack.”

At another Florida co-op, the members are getting calls telling them they have a new energy provider. The scammers are telling members that a new electric utility is taking over as their electric provider and members are being directed to make payments to the new company. The callers are falsely claiming to be from Arcadia Power, a real company that markets wind power to consumers, but makes it clear on its website that you don’t switch your electricity provider when you sign up. 59422002

These are just two examples of the many ways scammers are attempting to fool co-op members across the state and country. Please remember that WFEC will seldom, if ever, initiate calls to members. The best practice is to never give your personal information to anyone over the phone. If you ever have a question about whether a person represents the cooperative, please give us a call at (800) 342-7400 with any questions and to verify if the caller is a co-op representative. Also keep in mind that the cooperative does not use a third-party to collect debt.

“Scams keep coming around time and time again, and the scammers behind them are getting more creative and more aggressive with their tactics each time,” said Terry Mullen, WFEC Manager of Marketing & Communications. “We want to encourage our members to be aware of the different tactics used by the scammers to take advantage of them so they can avoid falling into their traps,” he continued.