Aging Happens, but Fires Don't Have to

Each year, home electrical problems account for an estimated 53,600 fires. These fires cause more than 500 deaths, 1,400 injuries and $1.4 billion in property damage. Many occur in aging homes. As our dependence 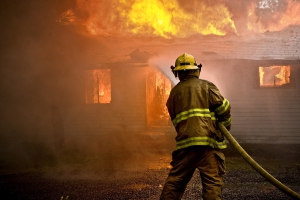 on electricity increases, we expect more out of our home’s electrical system. According to the U.S. Census Bureau, half of the homes in the United States were built before 1973. That means these homes were built before many of the electronics and appliances used today were even invented. Unfortunately, increased demands for energy can overburden an older home’s electrical system causing fires or accidents.

Each year, hundreds of people are electrocuted in their own homes. Many of these accidents and fires can be prevented by using updated technology and recognizing the warning signs your home may be showing.
Here are some of those warnings:

Circuit breaker problems - circuit breakers are designed to trip when a circuit is overloaded. By shutting off the electrical supply, the breaker prevents wires from overheating and potentially starting a fire. Breakers can also trip when they become old. Occasional tripping can indicate simple overloads.

Electrical shocks - if you feel a mild shock or tingle when touching an appliance, a ground fault in the appliance or improper electrical wiring could be the cause.

Hot ceiling fixtures - it’s a good idea to occasionally check the area around your ceiling light fixtures for warmth because not all fixtures are well insulated. In addition, if you exceed the maximum recommended
wattage for the bulb, the fixture can overheat.

Light switches or receptacles that work only intermittently give away a problem as well - which is loose or cracked wiring. If the plug is loose in the receptacle, it can also pose a problem.

If you notice a burning odor or sparks coming from outlets or switches, turn the power and the electrical panel off. The problem could be a faulty device, a wiring or overload problem. Receptacles or connected
electrical cords that are warm to the touch are also signs of an electrical problem. Don’t use the receptacle until the situation has been repaired.

Fires may be attributed to several factors, including improper alterations, deterioration due to aging and faulty products. These conditions often cause arc faults, which are a leading cause of home fires. An arc fault occurs when electricity is unintentionally released from household wiring, cords, or appliances because of damage or improper installation. How can arc faults be prevented in older homes? Installing arc fault circuit interrupters (AFCIs) is a good start. These are safety devices which replace standard circuit breakers in the electric service panel. They detect faults and shut down power to circuits in milliseconds. 83978002

Ground fault circuit interrupters (GFCIs) like the one pictured below should be installed in any area where water may come into contact with electrical products and tested monthly and after major electrical
storms. Over the last three decades, GFCIs have saved thousands of lives and prevented many more injuries. Just 25 years after GFCIs were introduced, the number of accidental electrocutions in the U.S. has been
reduced by half, even though electricity use has doubled. If GFCIs were installed in older homes, experts suggest that 70 percent of the approximately 400 electrocutions that occur each year in the home could be prevented. Here’s how to test your GFCI outlets: 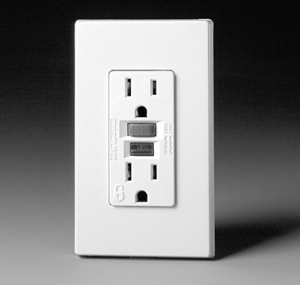 Paying attention to the warning signs and implementing the suggestions above could help prevent an electrical fire in your older home, keeping you and your family safe. Please take note and take any precautions necessary to protect them. For additional electrical safety information, visit our website:
westflorida.coop.