Power companies across the nation rely on a variety of fuels to produce electricity. Most have traditionally relied on fossil fuels because of their reliability and affordability. Having a diverse energy mix protects us against changing fuel prices. But that’s only part of the story. 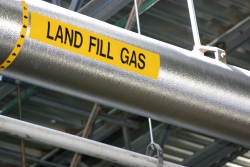 Nationwide, co-ops have emerged as leaders in bringing the benefits of renewable resources and energy efficiency to members. That’s certainly the case here at West Florida Electric Cooperative (WFEC). For example, did you know that WFEC has a renewable energy facility located on its distribution system?

That’s right – at Waste Management’s Spring Hill Regional Landfill in Campbellton, Florida, methane gas is extracted and burned to generate 4.8 megawatts of green energy. The electricity produced is then added to generation resources already being used to generate power for members within WFEC’s service area. The landfill gas-to-energy facility at Springhill Regional Landfill produces enough energy to power approximately 4,000 homes. WFEC demonstrated its commitment to renewable energy over 13 years ago when we hosted a ground-breaking ceremony for this facility in March 2006. 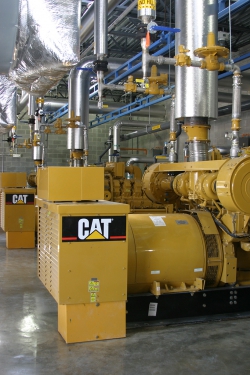 Co-ops like WFEC have continued adding renewable energy capacity to the rural electric grid and will continue doing so in the future when technology becomes more cost-effective and allows us to provide reliable, affordable renewable power to our members.

When it comes to energy efficiency, often referred to as the “fifth fuel,” co-ops have a similar story to tell. Co-ops traditionally have promoted energy efficiency as a way to keep members’ bills low. That’s the case here at WFEC. Now, like many other co-ops, we are using efficiency as a strategic tool to offset the impact of increased demand for electricity that can lead to even higher costs.

WFEC has worked for decades to provide an affordable and reliable supply of electricity to our members. That’s one thing that will never change. But how we produce and meet the growing demand for electricity has changed considerably, and will continue to evolve. Electric co-ops have played a leading role in the country’s energy transformation, and we will continue to lead with the aim of meeting members’
needs.