“If I can’t help someone, I will never do them any harm.” That’s a philosophy West Florida Electric
Cooperative Trustee, Eugene Alford lived by each day. Alford died last month and this legacy of

helpfulness and kindness is just one of many he leaves behind.

Alford was born July 1, 1932, and was a lifelong resident of Jackson County in the Shady Grove Community. He was a 1951 graduate of Grand Ridge High School and attended Lively Technical School in Tallahassee where he graduated as a licensed mechanic. He also took several courses at Chipola College. Alford and
his wife, Elizabeth “Liz”, were married for fifty-eight years and had three children, five grandchildren and one great-grandchild.

Alford was a self-employed farmer in Jackson County for over 50 years and was a veteran of the U.S. Navy, serving during the Korean War Conflict. During his farming career, he raised cattle and grew peanuts, cane, watermelon and corn. The Alfords were named Jackson County Farm Family in 1965. Alford was also a former director of the original First Bank of Marianna (Sneads Branch).

In his spare time, he loved to fish for crappie and channel cat in Ocheesee Pond, Lake Seminole and the Chipola River. Alford often caught saltwater fish for church dinners and fundraisers for people in need of
financial assistance. He also enjoyed growing fruits and vegetables to share with his friends and neighbors. He enjoyed cooking and was a lifetime member of Shady Grove United Methodist Church, where he was proud to serve in many capacities over the years. 64764002 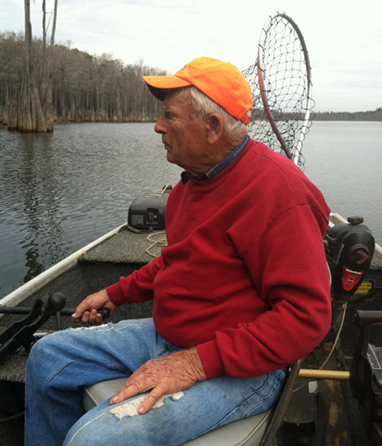 “Mr. Alford was a very successful farmer and businessman. He was always the first to try new agricultural technology and new farming methods. The Board of Trustees and I will miss Mr. Alford’s business guidance and his friendship,” said Russell Dunaway, Executive Vice President & CEO.