Patrick Retires from Board of Trustees

John Patrick has retired from West Florida Electric Cooperative's Board of Trustees after serving the members of the cooperative as the District 3 representative for 19 years. The Board of Trustees recognized Patrick at the April board meeting for his many years of loyal, dedicated and committed service to the members and employees of West Florida Electric Cooperative.

"When I first met Mr. Patrick, we had an immediate bond and much in common being cattlemen and private pilots," said Ty Peel, Executive Vice President & CEO of West Florida Electric. "Mr. Patrick is well-respected by all and always made board decisions based on the best interest of the cooperative and its members. Mr. Patrick cares very much for West Florida Electric and all the members he represented during his tenure on the board of trustees. He will be missed," he continued.

Patrick has been a WFEC member for nearly 60 years and lives in northeast Jackson County where he has been a cattle farmer and buyer for many years. He and his wife, Carolyn Fay Adams have been married nearly 60 years and have three sons, three grandsons and several great-grandchildren. He is a member of Mt. Olive Baptist Church. 12687002

"I enjoyed serving on the board of trustees with Mr. Patrick for many years. His knowledge and wisdom will be sorely missed by myself and my fellow trustees," said Joe Rone, President of the Board of Trustees. 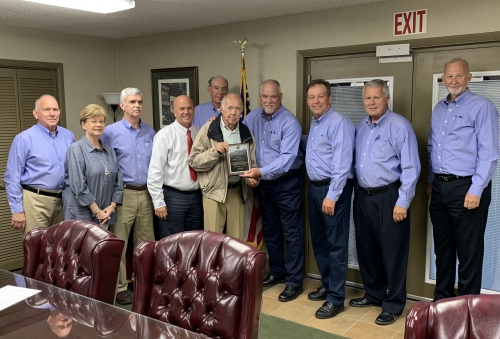