His favorite saying was, “Don’t pray for a lighter load just pray for stronger shoulders that you might bear 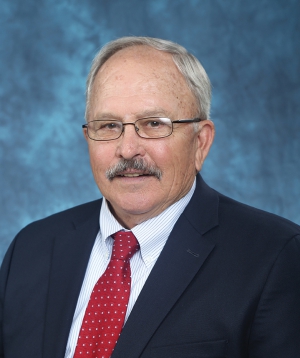 that load.” As we remember Ellis Nichols, longtime West Florida Electric board member, and reflect upon his life, it is clear that he embodied this philosophy. Sadly, Mr. Nichols died in November 2017.

He was born in Clarksville, Florida, on April 6, 1944, the youngest child of Walter and Chrystelle Nichols. He lived a joyous life, filled with love and many accomplishments. He was a graduate of Blountstown High School, Chipola Junior College and Florida State University.

As an adult, he became a pillar in the Carr-Clarksville community, serving in many different leadership capacities. He was a lifetime member of Poplar Head Baptist Church in Clarksville, Florida. Coach Nichols served as an educator and a football coach for the Blountstown Tigers for the better part of forty years, impacting the lives of countless individuals during his tenure at Blountstown High School, Blountstown Elementary School, and Carr School. During his coaching career, he helped coach three state championship football teams at Blountstown High School and another to runner-up in the state championship.

He was appointed to serve on WFEC’s Board of Trustees in March 1997 to represent District 1. During his service on the board, he served in many capacities including as Past-President and Vice-President. He
also represented WFEC on PowerSouth Energy Cooperative’s board in a variety of ways over the years including on their Executive Committee, Engineering & Operations Committee and the Marketing & Economic Development Committee. He also represented PowerSouth as the Florida Electric Cooperatives Association alternate voting delegate.

A founding member of the Carr-Clarksville Volunteer Fire Department and an esteemed former president of the Woodmen of the World, Lodge 61, he also served on the Calhoun County Senior Citizens Board of
Directors.

Mr. Nichols was a culture bearer, carrying on important local traditions such as sucker fishing, hunting, and sawmilling.

Mr. Nichols was honored for 20 years of dedicated and loyal service to the West Florida Electric Cooperative Board of Trustees this past December. His son, Dr. Terry Nichols, accepted this award in his honor.

“On behalf of our Board of Trustees and staff, words cannot express the void that was created by the loss of Mr. Nichols. We have twenty years of memories working with him as our representative for the Calhoun
County members and all members of the Cooperative. He became a dear friend that we enjoyed while managing West Florida Electric’s challenges and accomplishments during his tenure. We thank the Nichols family for sharing him with us,” expressed Russell Dunaway, WFEC Executive Vice President & CEO. 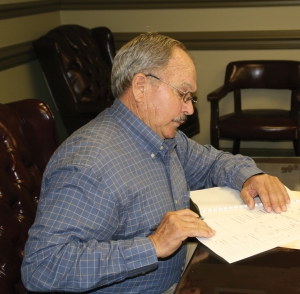